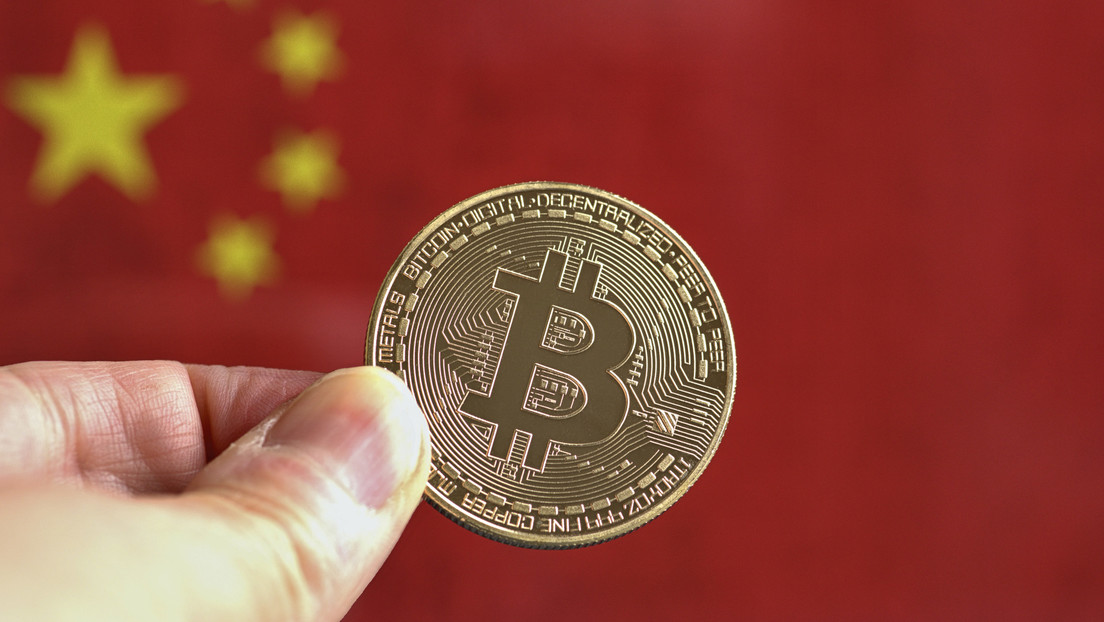 China stepped up its policy against digital currencies on Friday, after reiterating that it will fight vigorously on its territory against cryptocurrency transactions, classified by Beijing as an illegal means of payment.

According to the authorities of the Asian giant, in recent years the frantic expansion of virtual currencies such as bitcoin disrupted the economic and financial order, promoting criminal activities such as money laundering and seriously endangering the security of everyone’s property, reports Xinhua.

Although China has established increasingly strict rules on digital currencies, it is now a new step, declaring all activities related to it illegal and issuing an alert that it plans to be even stricter. in the application of the rules.

“All commercial transactions related to virtual currencies are illegal and must be strictly prohibited and repressed in accordance with the law, ”reads a statement released jointly by 10 organizations of the Asian giant, including Banco Popular and banking, stock and monetary regulators.

The country’s central bank has said it is illegal to facilitate cryptocurrency trading and announced that those who do will be severely punished, even if they work for foreign platforms from China. Meanwhile, the National Development and Reform Council will launch a national offensive against cryptocurrency mining, in its attempt to completely remove the sector, informs Reuters.

Campaign on the rise

China does not recognize cryptocurrencies as legal tender, and their banking system does not accept them or provide the corresponding services. Although in 2013 the government defined bitcoin as a virtual commodity and declared that individuals could freely participate in its online commerce, in the same year financial regulators, including Banco Popular, banned banks and corporations from trading. payment to lend. services relating to said cryptocurrency.

In September 2017, Beijing banned initial coin offerings (ICOs), in an attempt to protect investors and limit financial risks. The regulations also prohibited virtual currency trading platforms from converting legal tender into cryptocurrencies and vice versa. The restrictions have led to the closure of most of these platforms and many have moved abroad.

In addition, financial and payment companies have been banned from other cryptocurrency-related services, including account opening, registration, trading, clearing and settlement services. As of July 2018, a total of 88 virtual currency trading platforms and 85 ICO platforms had been removed from the Chinese market, according to data from the country’s central bank.

Why is China continuing to toughen its policy against cryptocurrencies?

The huge increase in the price of bitcoin and other currencies over the past year has revived cryptocurrency trading in China, as investors seek and find ways to circumvent existing regulations. This happens at a time when the country is trying to develop its own official digital currency, with the aim of becoming the first major economy to do so.

Today, many local investors operate on Chinese platforms that have established themselves abroad, such as Huobi and OKEx. Waiting for, the over-the-counter cryptocurrency market is back, but also the trading rooms, hitherto inactive on social networks, have been relaunched. Exchanges focused on the Asian giant – like Binance and MXC – allow Chinese individuals to open accounts online, while facilitating peer-to-peer transactions in over-the-counter markets that help convert the Chinese yuan into cryptocurrencies.

For their part, retail investors often buy “computing power” from cryptocurrency miners, who design various investment plans with the promise of quick and significant returns.

Will this have an impact on the cryptocurrency market?

The restrictions announced on Friday saw bitcoin drop 5% just half an hour after the news broke. This momentum was reflected in other digital currencies as well, causing Ether to drop by 8% and XRP by around 7%.

However, the drop was less pronounced than last May, when China’s State Council pledged to crack down on bitcoin mining.

Economist Leopoldo Moreno de la Cova told MRT that the recent ban would not greatly affect the price and future of cryptocurrencies around the world. “The fact that China is banning bitcoin is a reaffirmation of the power he has and how independent it is from countries, entities and individuals with a lot of power, ”he added.

Meanwhile, some analysts have relied on what has happened before to ensure that determined investors continue to find ways to trade. “Although Chinese retailers can no longer access online exchange platforms, which are now illegal, cryptocurrency funds they will be able to transfer the management of their funds abroad“Ganesh Viswanath Natraj, assistant professor of finance at Warwick Business School, UK, told Reuters.

If you liked it, share it with your friends!

Disclaimer: This article is generated from the feed and is not edited by our team.

MX partners with Pinwheel on payroll