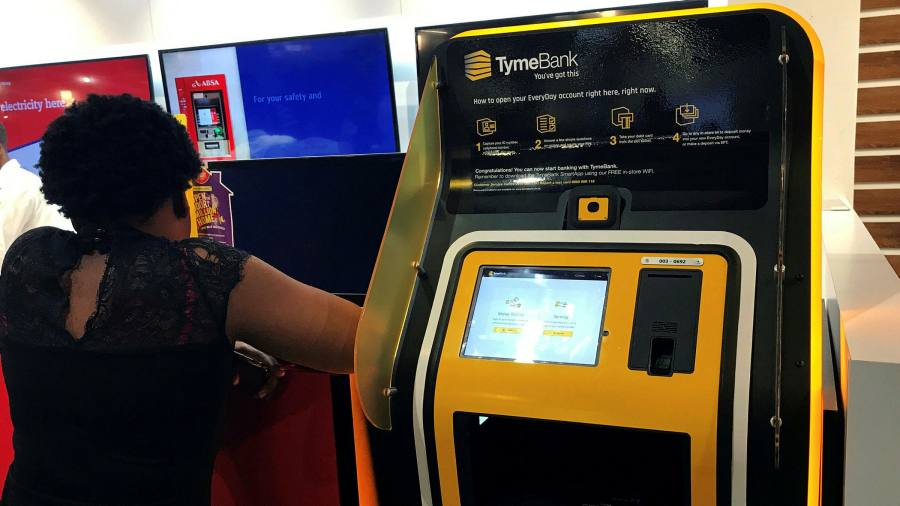 We will send you a MyFT Daily Summary e-mail gathering the latest Fintech news every morning.

South African banking start-up Tyme has raised $ 110 million from investors to develop and launch a digital bank in the Philippines, in one of the largest fintech investments in Africa and Asia.

JG Summit, one of the Philippines’ largest family conglomerates, and Apis Partners, the private equity group, will take minority stakes in the bank, in a deal announced Tuesday.

He has since recruited nearly 3 million customers by slashing account fees to undermine established banks nationwide, while working with a large supermarket chain to set up in-store kiosks.

The 1.6 billion rand ($ 108 million) deal “is one of the biggest foreign investments a FinTech company has secured in South Africa,” said African Rainbow Capital, the majority owner of Tyme, which includes TymeBank in South Africa.

Tyme now plans to introduce this model in the Philippines by applying for a digital banking license and creating a joint venture with JG Summit, which has a retail empire in the country.

“We believe Tyme is a key innovation that we thought we could bring to the ecosystem here,” said Jojo Malolos, managing director of the venture capital arm of JG Summit.

Coen Jonker, co-founder and executive chairman of Tyme, who recently moved to Singapore to lead the bank’s expansion in Asia, said “the future of digital banking is undoubtedly a multi-country future” , because the most competitive players would be able to evolve their technology beyond borders.

As a result of the deal, Apis will own approximately 15% and JG Summit approximately 5% of Tyme after an initial $ 80 million tranche of the investment.

Last year, TymeBank pulled out of a planned expansion of unsecured lending as the pandemic hit the South African economy. He has since launched “buy now, pay later” advances in supermarkets and studies credit cards.

Digital banking players in South Africa also face high unemployment as the economy emerges from bottlenecks. According to statistics released on Tuesday, South Africa’s unemployment rate, including discouraged job seekers, remained at nearly 43% at the end of 2020.

Despite the downturn in the pandemic, “we are still very optimistic about South Africa,” said Matteo Stefanel, Managing Partner of Apis. “We believe it is high time to make this investment.”