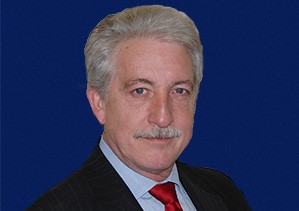 The Republican National Committee voted unanimously to cancel its participation in the nonpartisan Commission on Presidential Debates, which has hosted presidential debates since 1987.

Citing reasons that sound like schoolyard groans of “unfair,” the RNC announced its early ruling. Remember, this is the same RNC that called the January 6 insurrection “legitimate political discourse”.

Joining a growing number of Republican candidates across the country who have refused to debate key opponents, the RNC is trying to remove the traditional debating forum from the decision-making process. Simply put, Republicans don’t want you to know what they stand for or what they plan to do if elected. They really don’t want you to know that many issues important to you and your family will go unaddressed or undermined by GOP governance.

Do you care about climate change and efforts to prevent environmental disasters? Want better screening and universal background checks for gun ownership? Do you believe the federal minimum wage should be increased? How about raising taxes on the wealthy and making sure corporations pay their share? Want to extend the child tax credit to lift millions of families out of poverty? Looking to protect your union job? Tired of people bashing LGBTQ people for political purposes? Do you believe there should be reasonable ways for a woman to make birth choices, especially in cases of rape and incest? Are you against voter suppression and in favor of democracy?

If one or two or more of these issues are motivating you at the polls, there are a few things you should know. First of all, the GOP doesn’t want you to know that it disagrees with you on any of these issues. Not one of those issues gets positive treatment from Republicans in Congress or in state legislatures.

If elected, your Republican representative will vote to cut taxes for the wealthy and corporations, restrict union formation and operations, end child tax credits, end women’s health rights, stigmatize LBGTQ members, hold the federal minimum wage, make it harder to vote so that people of color are excluded, and increase the availability of guns for all. They just don’t want you to know until election day.

The truth is, Republicans are afraid to debate their policy positions. They know very well that more than half of the American public does not agree with their positions. And nothing illuminates unpopular positions better than a good old fashioned political debate.

Instead, they want to distract voters with their brand of bull. Illinois Rep. Bost recently called on President Biden to lower the price of gas for everyone and fertilizer for farmers. Small problem: President Biden does not have the power to do either and since Bost is in favor of a small government, why does he want the president to control the market? He preaches nonsense and Bost knows it.

So why is Rep. Bost doing this at the collective request of the GOP? Because Republicans would rather point fingers than reach out to the American people, and they are willing to sacrifice democracy for power. Bost, like others, is willing to give up his personal character for cowardly means to mislead voters.

The truth is that for all their bluster, Republicans are actually quivering columns of government goo when it comes to truthful debate. They lack the courage of their convictions and prefer power to leadership. And heaven help them if they are forced to represent the will of the American people.

In recognition of their cowardice, we might want to limit their obligation to hold office to state their position (yes or no) to just a few questions: ask them, do you think President Biden won the presidential election and serves rightly? Do you believe that the January 6 rioters and their enablers in Congress should be prosecuted? Do you believe it should be made more difficult to vote? Do you believe in the separation of Church and State? Do you believe that every American citizen, including Donald Trump, is above the law? And, if you are re-elected, do you undertake to vote in accordance with the answers given?

I bet you had no trouble answering these questions on your own with simple yes or no answers. So ask, why are Republicans having such a hard time? They duck, refuse to answer, obscure, distract, walk away, run away in fear from the debate scene, and generally hide like chickens from the wolf of truth.

It’s time to change the Republican Party’s color scheme from red to yellow.

Rental Fraud: How I Got Scammed on Craigslist Trying to Move to Lewiston