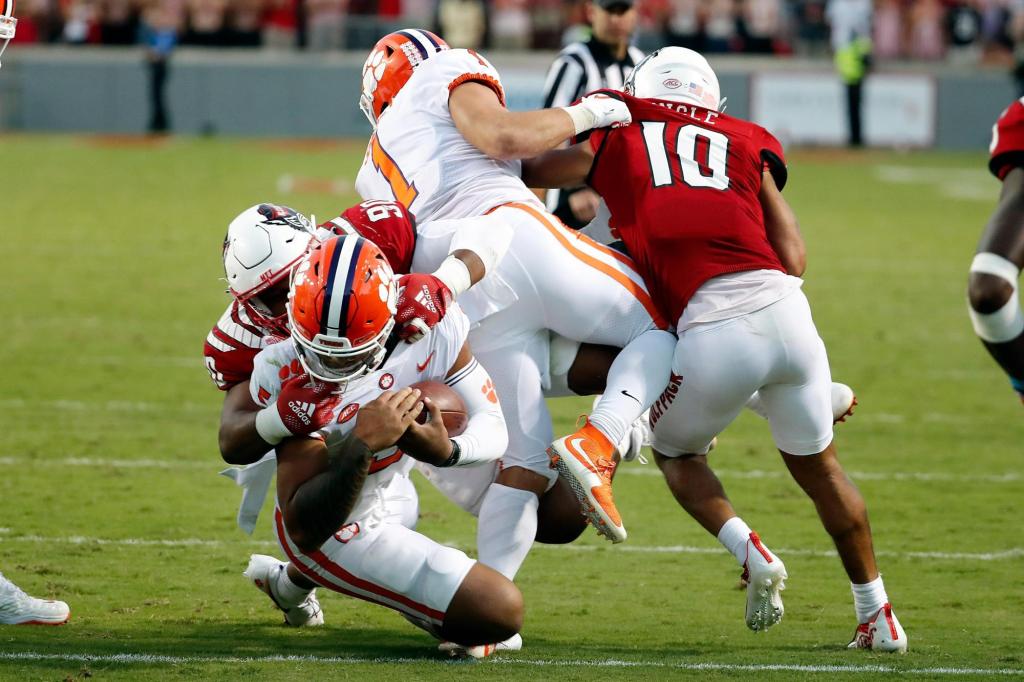 A month after the start of the season, 12 teams that were ranked in the preseason are unranked, including two pre-season top 10s, and a total of 38 teams have spent at least a week in the Associated Press poll on college football.

The number of ranked teams to lose in the four weeks has risen to 25 as a further six fell over the weekend.

The most surprising evolution? Clemson barely holds the Top 25 AP.

A day after losing for the second time this season, the Tigers placed 25th in the Top 25 AP presented by Regions Bank, ending a streak of Top 10 appearances at 97 weeks.

Voters gave Clemson a bit of slack and maybe that’s right. The Tigers remained within a score of number 2 Georgia, which has also impacted its competitors.

Remnants of pre-season rankings can still be spotted. Oklahoma started at No.2 and slipped to No.6 after beating three unranked FBS teams by a combined 15 points.

Of course, dismissing all preconceptions after most teams have played three or four games – some of which were glorified scrums – also doesn’t make sense.

There is still not enough information available to make definitive judgments based solely on the results. Iowa, for example, went from No.18 in preseason to No.5 by beating two ranked teams (Indiana and Iowa State) that are no longer ranked and who combined for four losses and no Power Five wins. in September.

Reality Check is more about rewarding achievement and getting struggling teams, even those with a recent history of success as impressive as Clemson’s, to return to their place.

Reality check: Bulldogs defense according to national rankings: first scorer; first in smuggling efficiency; first in yards per play; fifth in yards per carry; sixth in interceptions; 11th of bags.

Next: at Stanford, October 2.

Rated: Too high but someone must be # 3.

Reality test: Sean Clifford, 72% passer. If it can track something close to that, Penn State can keep that ranking high.

Next: in Maryland, October 1.

Reality check: Hawkeyes had worked his way to perfection but is set to face two back-to-back opponents with firepower in Maryland and Penn State.

Rated: A little too high.

Next: in Kansas State, October 2.

Reality test: who are you and what did you do with the Oklahoma offensive? The Sooners were held in check under 24 points in back-to-back home games for the first time since 1998.

Reality check: With some NFL hopes as a cornerback to Sauce Gardner and Coby Bryant, the Bearcats allow opposing quarterbacks to complete just 44.3%, the lowest in the country.

Reality check: WR Treylon Burks has 19 catches for 373 yards. That’s 39% of the Razorbacks’ receptions and 43% of their receiving yards. Go-to guy.

Ranked: credit the Irish for finding ways to win, but too high.

Next: in Kentucky, October 2.

Reality check: The Gators will get a lot of advantage playing near Alabama.

Next: in Rutgers, October 2.

Reality Control: Drama tends to follow the Buckeyes, even when things are going well. It also tends to cloud perceptions. He’s still the favorite to win the Big Ten – but not as big as they’ve been in recent seasons.