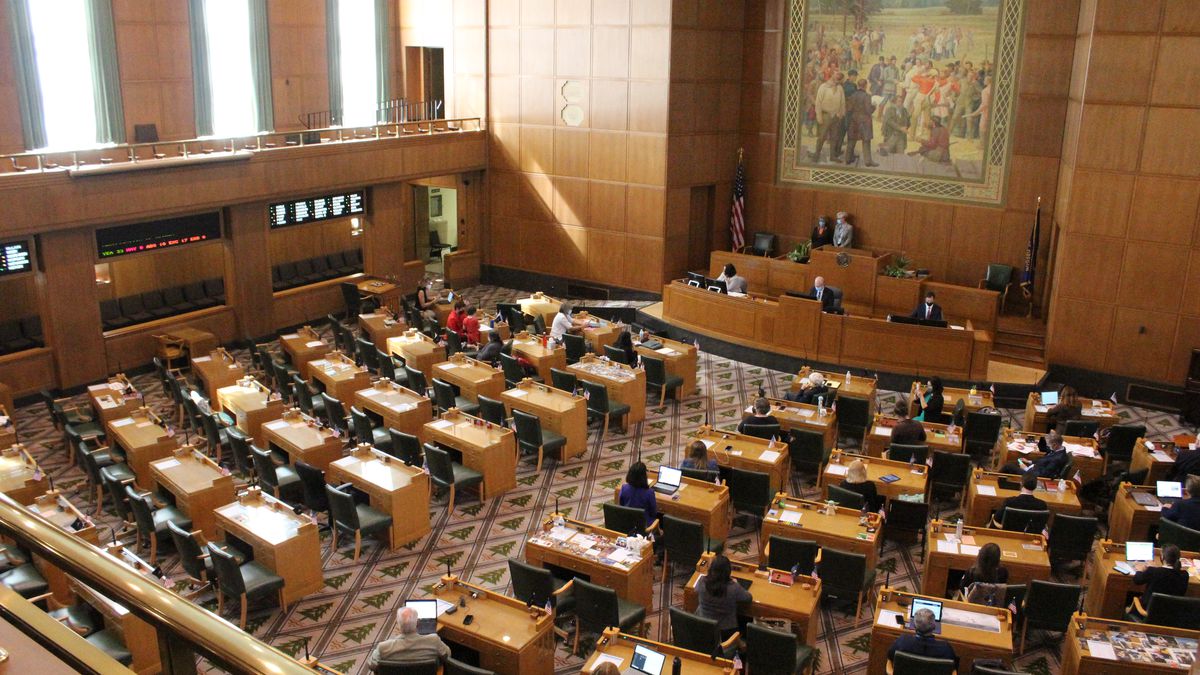 House Democrats on Tuesday reintroduced a bill that will send one-time payments of $600 to the bank accounts of more than a quarter of a million Oregonians.

This marks the relaunch of a proposal Democrats controlling the legislature have floated in the past: providing stimulus checks to essential workers who have stayed on the job throughout the COVID-19 pandemic.

This iteration of the plan would focus efforts on about 260,000 people who claimed earned income tax credits — a break for low- and middle-income families — on their 2020 returns.

Rep. Andrea Valderrama, D-East Portland, is a primary sponsor of the bill and will be responsible for guiding it through the legislative process. He will receive his first public hearing on Thursday, February 17 at 1:30 p.m.

Valderrama said proponents canned an earlier version of the plan for a few key reasons.

First, the original bill created a process for low-income workers to apply for payments. Valderrama said lawmakers were concerned about finding a state agency or third-party vendor that could handle that volume of work in a timely manner.

The process would be so cumbersome that most workers needing these payments would not see them until 2023 or later.

Second, the new bill does not distinguish between the types of workers who would be eligible for these payments. The original plan would have qualified only certain types of workers, a factor that lawmakers and proponents say could exclude those who still need those payments and has been a cumbersome task determining who was eligible.

Under the new proposal, as long as they claimed the earned income tax credit on their 2020 state filing, taxpayers should receive a check.

Valderrama also said Oregon residents who don’t have a Social Security number but file their taxes using an Individual Tax Identification Number (ITIN) will also be eligible for these payments. This includes people with different types of residency documentation statuses.

The bill says these payments would not be taxable or eligible for garnishment, meaning everyone who needs the money will get the full payment no matter what.

“We know working families and low-wage families need this funding now,” Valderrama said. “We know the cost of living is exorbitant, the revenue forecast (last week) told us that. Workers need to be able to afford the rising cost of groceries, prescriptions, childcare and of all these things.

Valderrama says the bill has the support of nearly every major union in the state, including the American Federation of Labor and Congress of Industrial Organization (AFL-CIO), American Federation of State Employees, of counties and municipalities (AFSCME), United Food and Commercial Workers (UFCW), Oregon Education Association, Oregon School Employees Association and Service Employees International Union (SEIU). It is also supported by the Oregon Food Bank.

“I’m very excited about the energy in terms of support,” Valderrama said. “I remain very optimistic about the viability and success of the realization.”

Although union leaders support the new proposal, they do not see it as a one-for-one replacement with what many of them had hoped would happen this year.

In 2021, Democrats initially proposed economic impact payments for essential workers of up to $2,000 per household. Conversations around dollar amounts started this year around the $1,000 mark.

Valderrama said the downside to payments at this level is that they would be eligible for federal tax.

Michael Selvaggio, a lobbyist with UFCW Local 555, said the union is happy to support the new bill, but he doesn’t see the effort as replacing a bill targeting essential worker payments.

“We were promised essential workers would pay two sessions in a row, and it was unceremoniously dropped each time,” Selvaggio said.

Selvaggio said unions haven’t received an explanation for why the original bill died, other than that state agencies in Oregon don’t appear to have the capacity to handle task.

“Which is a bit weird from my point of view,” he said.

Joe Baessler, policy coordinator for the American Federation of State, County, and Municipal Employees’ Councils 75, said the original proposal had too many unanswered questions such as: who is qualified? How many hours would you have to work? What if someone worked more than one job? And the farm workers? What types of jobs are considered high risk?

“No agency really has the ability to build a program from scratch for this,” Baessler said.

Early estimates show the plan would cost the state about $180 million.

The convergence of traditional finance and crypto

What are the building blocks of digital lending?