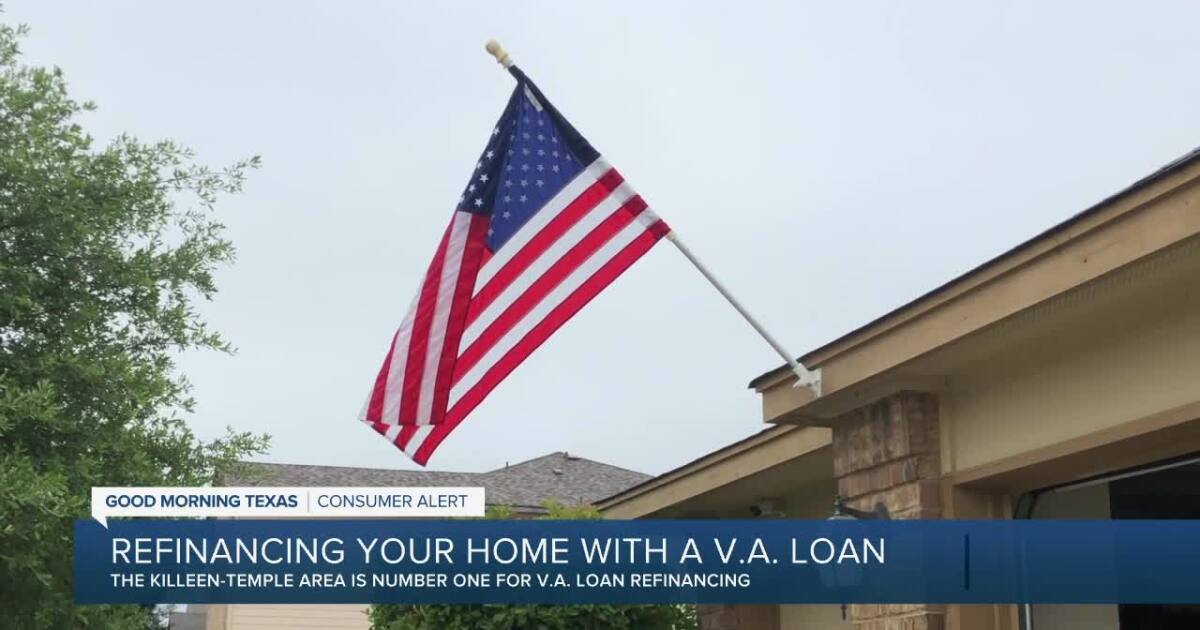 Everyone wants to save money. When it comes to paying bills, your mortgage or rent is probably the most expensive thing in your budget.

Some homeowners refinance and when it comes to VA loans, the Killeen-Temple area is number one.

Joshuah Chambers keeps his 1977 El Camino strong. “Hooker’s headers with Flowmasters all the way to the back,” says Chambers after opening the hood. He is on active duty at Fort Hood. But when he’s not in office, his home is his castle.

In today’s world of rising prices, every dollar counts. “It’s still a work in progress,” says Chambers. The garage in which he parks his El Camino and the rest of the house are now costing him less.

Chambers saves a few hundred dollars a month. His secret? He just refinanced with a VA loan this spring and he’s not alone.

Experts say the Killeen-Temple area is number one for refinancing VA loans. “My wife and 3 kids keep us very busy, so being able to have peace of mind about how much I’m putting into my house, you know, that’s a lot easier.”

A nationwide survey by Veterans United Home Loans shows nearly half of veterans changed their home buying plans in 2020 due to the pandemic.

Chris Burk is Vice President of Mortgage Insight. “We are seeing homebuyers planting roots in the area like never before,” said Burk. The poll shows that most veterans are optimistic about the purchase and are doing so in record numbers.

Part of the draw for Chambers – the streamlined process. “Very convenient. 90% of this was done online. No appraisal was needed for our house,” says Chambers, meaning he has more money set aside for his hobbies and what what matters most, his wife and their three grandchildren. “It’s just to raise the family,” says Chambers.