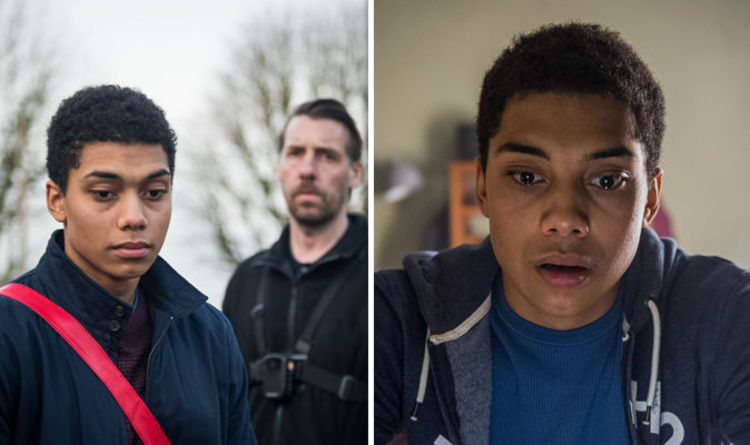 Killed By My Debt on the BBC: is it based on a true story? | Television and radio | Show biz & TV

What is Killed By My Debt about on the BBC?

Killed By My Debt is an hour-long factual drama for the BBC.

The hard-hitting stand-alone program tells the story of Jerome Rogers, a 19-year-old motorcycle courier from Croydon.

Played by Chance Perdomo, the teenager sees two unpaid traffic fines of £ 65 climb to over a thousand pounds.

As he began to crumble under the pressure of his growing debt and with his only source of income – his bike – stranded, Jerome committed suicide.

The story was originally made for BBC Three and has been available for viewing on the iPlayer for some time, but it will finally air on BBC One tonight (Wednesday July 18).

It will continue to be available for streaming on BBC iPlayer.

Is Killed By My Debt based on a true story?

Yes – Killed By My Debt traces the tragic circumstances that led to the death of Jerome Rogers.

Jerome’s mother, Tracey Rogers, worked closely with screenwriter Tahsin Guner for the film, which seeks to raise awareness of how spiraling debt pressure can affect an individual’s mental health.

From New Addington to Croydon, the 19-year-old got his first real job as a freelance courier for CitySprint.

He was fined two £ 130 while working, which he was unable to pay.

With unpaid fines reaching over £ 1,000, Jerome had no realistic prospect of paying off the debt.

His stepfather, Bentley, paid £ 507 for the first ticket – but Jerome then told Bentley and his mother that he had sorted the second ticket.

Not telling anyone how much he was in trouble, Jerome applied for 15 payday loans.

But every week Jerome had to pay for his bike, his CitySprint tracker and jacket, his insurance and his gasoline – and he couldn’t find the money to pay the bailiffs.

Finally, in March 2016, a bailiff blocked his bicycle and he was unable to work.

Shortly after, Jérôme committed suicide and he was found by his brother, Nat.

According to the BBC: “The film documents Jerome’s personal journey as his happy and hopeful nature gives way to suicidal despair.

“The production team worked closely with Jerome’s family – and with the testimony and evidence given to the investigation into Jerome’s death, which included ‘bodycam’ recordings of Jerome’s confrontations with the bailiffs of justice.

“The team worked with testimonials from young people working in the odd-job economy and those among them in debt. The result is a painstakingly researched story of a national personal debt crisis.

Facts provided by the BBC indicate that 4.5 million people in the UK have precarious work, more than half of hourly jobs are held by young people (16-34 years old) and 3.3 million people are in “serious problem debts”.

Jerome is played by newcomer Chance Perdomo, his mother Tracey is played by Juliet Cowan of Eastenders and Craig Parkinson of Line of Duty plays The Bailiff.

Those affected by the issues raised in Killed by my debt can contact the Samaritans at 116 123 or visit www.samaritans.org

Those affected by the debt issues raised on the show can contact National Debt Line at 0808 808 4000 or visit www.nationaldebtline.org or contact Step Change Debt Charity on 0800 138 111 or visit www.stepchange.org