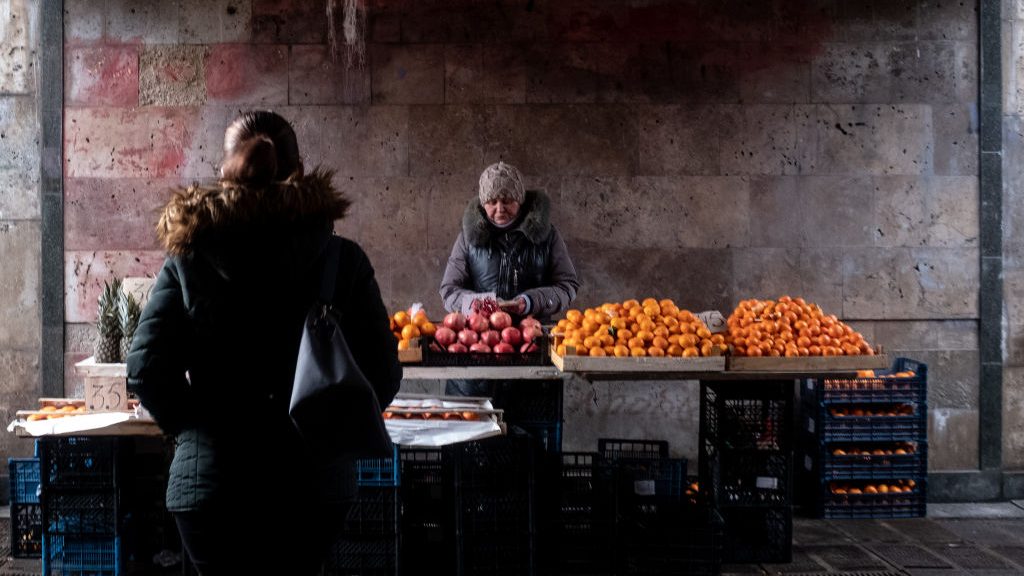 In Ukraine, fear of Russian invasion could prevent foreign investors from entering

Tensions remain high between Ukraine and Russia following the deployment of more than 100,000 Russian troops on the Ukrainian border. Although there was no attack, Ukraine’s economy may already be under strain.

‘Marketplace’ host Kai Ryssdal spoke with Peter Dickinson, editor of the Atlantic Council’s UkraineAlert blog and editor of the English-language news magazine Business Ukraine, about what is happening in the economy of this country. The following is an edited transcript of their conversation.

Kai Rysdal: So let’s start with the anecdotal, shall we? When you go out for a cup of coffee or go to the market, what is the economic mindset?

Peter Dickinson: There is not much evidence of dramatic changes over the past few months. I think you might notice one thing is that the Ukrainian currency is slightly weakened. Ukraine has exchange booths everywhere to change money. It’s just a feature they’ve always had here. And so people are often always noticing what the exchange rate is. And that’s started to move recently, so that’s often an indication that all is not well. This will probably be the only immediate indication, in fact.

Rysdal: It’s a bit like the price of gasoline here. What about some of the other key numbers like inflation, unemployment? What is the general state of play?

Dickinson: Inflation is a nuisance right now, but it has been for some time. It’s not a direct indicator of where we are now, in terms of Russia and fear of invasion. The main problem they are currently facing, I think, concerns loans and Ukraine’s position in international markets — the fact that the country now faces very high costs for [borrow] and in fact an outright denial in many cases. Businesses fail to finance themselves.

Rysdal: What do you think, then, of Ukrainian President Volodymyr Zelenskyy apparently saying to the president [Joe] Biden the other day, “Listen, stop the invasion talk. This is affecting our economy”?

Dickinson: Yeah. They are different audiences, different messages, I guess you could say. I mean, I think from an international perspective, the message is very clear: “This is a major emergency.” Whereas from Ukraine’s point of view, they are already seeing the negative economic impact. And so they also want to say, “Wait a minute, let’s not create too much international panic around Ukraine because it’s costing us a lot of money. And it also reduces the prospects we have for the future. And you also have to keep in mind, from a Ukrainian perspective, that Ukrainians have been living with the Russian threat for eight years, so they’re not as shocked by the current buildup. But also, there is a school of thought in Ukraine that Russia’s current goal, one of the main goals of the current build-up, is to create panic. They’re not saying there’s no threat; I think they say, “Well wait, let’s not play in [Russian President Vladimir] Putin’s hands here creating panic.

Rysdal: Assuming that all of us come through this crisis peacefully, what do you think of Ukraine’s prospects of turning economically to the West? Because that is clearly where Zelenskyy and his government want to go.

Dickinson: Yes absolutely. This is where Zelenskyy and his government want to go. I think this is where the majority of Ukrainians want to go based on the results of successive elections at the local and national levels. The main challenge they face — well, one of the main challenges — concerns international trust in Ukraine. So there are huge concerns about the safety of Ukraine as a place to invest and do business. If we look at the Ukrainian economy, in terms of performance, performance, I mean it has shown remarkable resilience over the past eight years since the [Crimean] the conflict started in 2014. And it was largely fueled by the agricultural sector, which is very, very strong. But they will face enormous challenges in terms of attracting investment, and there is a school of thought – I would even say probably a consensus – that without a lot of international investment, the growth that Ukraine can expect reaching will not be enough to make this kind of huge leap that the country is looking to make.

Dickinson: Well, you’d be surprised, actually. I think one quality that Ukrainians have in abundance is stoicism. They are very, very resilient. And I also have to point out, you know, since the fall of the Soviet Union, things have also been very unstable. Crisis is almost the default position of Ukrainians. They’ll get away with it one way or another, but there’s so much more they could do. Obviously, that’s not very helpful.

The platforms have one week to respond to the Treasury consultation