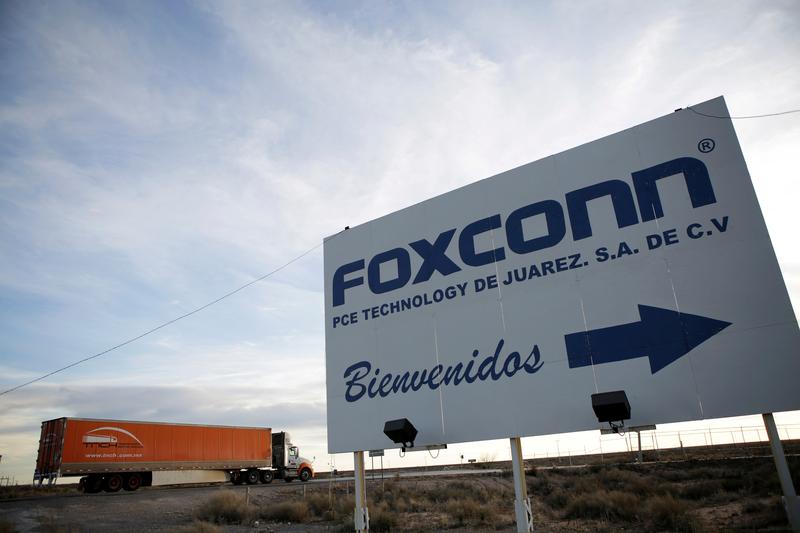 The plans could usher in billions of dollars in much-needed fresh investments over the next few years for Latin America’s second-largest economy, which is poised to experience its worst recession since the Great Depression of the 1930s.

Foxconn 2317.TW2354.TW and Pégatron 4938.TW are known as subcontractors for several phone manufacturers, including Apple AAPL.O. It was not immediately clear which companies they would be working with in Mexico.

According to two of the sources, Foxconn plans to use the factory to make Apple iPhones. However, said one of the sources, there was no sign of Apple’s direct involvement in the plan yet.

Foxconn is likely to make a final decision on a new plant later this year, and work will begin after that, the two said, adding that there was no certainty the company would stick to the plan. .

Pegatron is also in talks with lenders about an additional facility in Mexico, primarily to assemble chips and other electronic components, said the people, who declined to be identified as the talks are confidential. Pegatron declined to comment.

Foxconn has five factories in Mexico that primarily manufacture televisions and servers. Its possible expansion would underline a wider and gradual shift of global supply chains away from China amid a China-U.S. Trade war and the coronavirus crisis.

The plans come as the idea of ​​”near-shoring” gains ground in Washington. The Trump administration is exploring financial incentives to encourage companies to move production facilities from Asia to the United States, Latin America and the Caribbean.

Brandishing a new deal locking in free trade with the world’s largest consumer market, Mexico also has geography, low wages and time zones in its favor. Despite the global recession and concerns about the business climate under President Andres Manuel Lopez Obrador, government data shows foreign investment has largely held up so far this year.

“The company has indeed contacted the (Mexican) government,” a third source said of Foxconn, adding that the talks were at an early stage and that the increase in coronavirus cases in Mexico was a major concern for the possible investment.

Foxconn, headquartered in Taipei, officially called Hon Hai Precision Industry Co Ltd, said in a statement that although it continued to expand its global operations and was an “active investor” in Mexico, it currently had no plans. to increase these investments.

In July, Reuters announced that Foxconn planned to invest up to $ 1 billion to expand a factory in India where it assembles Apple iPhones.

Foxconn Chairman Liu Young-way told an investor conference in Taipei on August 12 that the world was divided into “G2” – or two groups – in the wake of Sino-US tensions, saying that his company was working to “provide two sets of supply chains serving both markets.

“The global factory is no longer there,” he said, adding that around 30% of the company’s products were now made outside of China and the ratio could increase.

Foxconn Sharp’s unit said it was ramping up its television production in Mexico. Sharp announced last year that it would set up a factory in Vietnam to move some of its production to China. He said he had no further information to give.

It was not immediately clear what product lines were being considered by Luxshare, which media reportedly is one of the major makers of Apple Airpods. Luxshare did not respond to a request for comment.

The Taipei Economic and Cultural Office in Mexico, which represents the government of Taiwan in the country, said it had heard that Foxconn was interested in building another factory in Ciudad Juarez, in the northern border state of Chihuahua.

“Pegatron, I also understand, wants to move a production line from China to Mexico,” bureau chief Armando Cheng told Reuters. He said he did not know the details of either company’s plans.

“Mexico is one of the ideal countries for companies considering readjusting their supply chain,” Cheng said.

It is not yet clear how far Asian subcontractors will invest in electronics and what jobs they would create in Mexico.

The promised investments in new manufacturing capacity did not always materialize.

In 2017, US President Donald Trump said Foxconn would build a $ 10 billion factory employing 13,000 people making LCD panels in the state of Wisconsin.

These plans have changed dramatically. In 2019, the company reduced the size of the planned plant. In April, Foxconn announced it would manufacture ventilators at the plant in partnership with Medtronic.

The coronavirus has immobilized trans-Pacific supply chains, blocking automotive, electronic and pharmaceutical components from China, exacerbating concerns among companies that their production base is an ocean away from American consumers.

Mexico has spoken to a host of foreign companies in a bid to attract Asian companies to take advantage of the trade deal and was preparing to talk to Apple about the outsourcing of manufacturing, the minister told Reuters. of Economy Graciela Marquez in July.

She said she had not spoken directly to Foxconn, Pegatron and Luxshare. A senior government official said the companies were among other things interested in investing in Mexico.

The government did not respond to a request for further comment before the publication.

Despite the strong investment potential and figures, many investors see Lopez Obrador squandering a historic opportunity.

“It could have been a tidal wave,” said Eduardo Ramos-Gomez, partner at Duane Morris & Selvam, a law firm working with Taiwanese and Chinese companies studying Mexico.

Critics cite Mexico’s mismanagement of the pandemic – it is the third in deaths worldwide – as well as Lopez Obrador’s interference in private investment decisions such as the cancellation of a brewery from a billion dollars by the American company Constellation Brands STZ.N, the abandonment of a major airport project and the pressure on energy companies.

The government denied that such decisions were anti-business.

Either way, Mexico’s allure attracts some.

Samuel Campos, executive managing director of real estate brokerage Newmark Knight Frank, said his company is currently helping two Chinese companies, one in the automotive sector and the other in manufacturing, set up in an industrial cluster in Mexico.

Campos said electronics, medicine and auto companies in Asia are expected to help boost investment in Mexico in the fourth quarter of this year.

For Alan Russell, managing director and chairman of Tecma Group, a company that operates factories in Mexico, Chinese manufacturers who want to maintain market share in North America have little choice.

“They are going to have shortened their supply chain and be more regional,” he said. “It seems the virus has tipped the scales. “