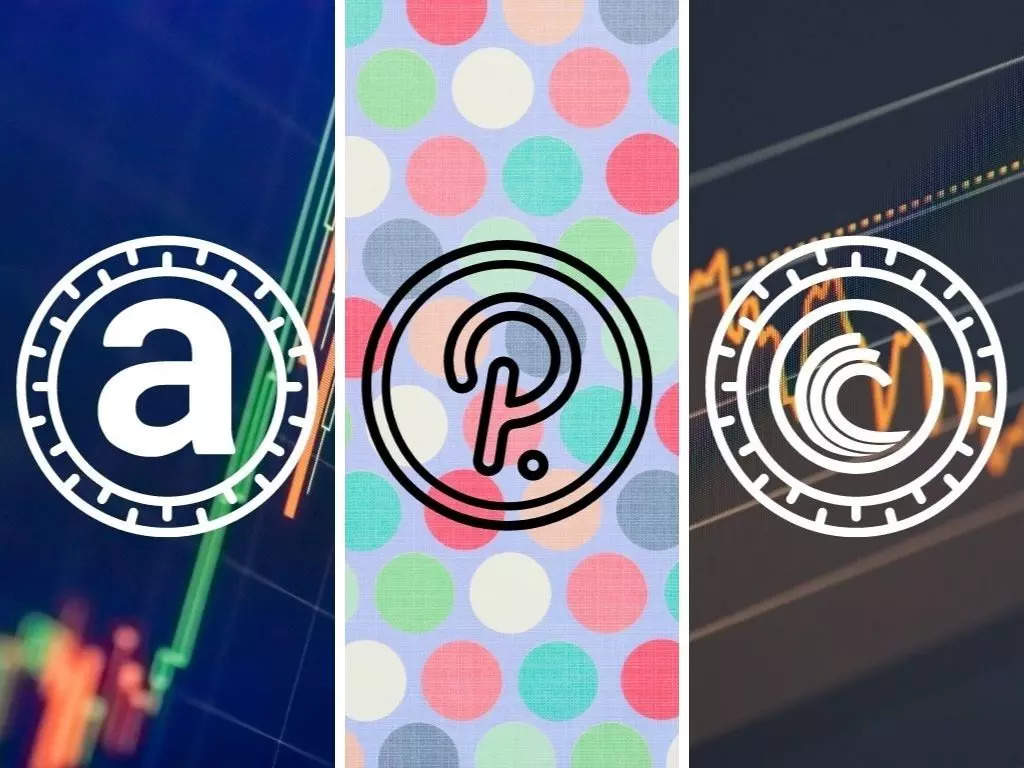 Decentralized file sharing, movie streaming and more – these are the top five Web3 cryptocurrencies to watch in 2022

The term “web3” may have originated less than a decade ago, but its implications are far-reaching. While the first generation of the Internet (web1) was driven by singular websites, the second generation (web2) saw the rise of platforms – like Facebook or Instagram – the third generation (web3) will be driven by services decentralized, or DApps. And powering each DApp is a crypto token that powers the respective service.

There are two ways to look at web3 tokens. On the one hand, you have crypto platforms like Bitcoin or Ethereum, which are used to create new applications. However, a web3 platform that seeks to make a real impact will usually also have its own token. For example, decentralized games like Decentraland come with the Mana token, while lending platform MakeDAO has a token called DAI.

Here are five of the most important Web3 tokens to watch today:

Polkadot was founded by Gavin Wood, one of the founders of Ethereum, which is also one of the reasons why so many people have trusted this token. At the time of writing, WazirX listed the token at ₹2225. According to Coinmarketcap, the DOT token has a market cap of over $1.3 billion.

Polkadot’s design divides the platform into main chain – or “relay chain” – and parallel chains, also called “parachains”. These parachains are responsible for connecting to other platforms. So someone building a decentralized finance (DeFi) app can build the platform on the relay chain and use the side chains to connect and interact with other DeFi solutions.

The first five parachains went live in December, driving Polkadot to an all-time high of $51 by the end of 2021. Besides Polkadot being backed by Wood and the Web3 Foundation, the interoperability , durability and scalability are some of the main reasons why this token and its underlying platform should power many future web3 services, according to its proponents.

Polkadot launched in 2020 and in some ways is unproven. However, there is an older and slightly easier to understand one that you can follow. And it’s called Filecoin.

Like other Web3 tokens, Filecoin will also power the Internet’s third generation services, but unlike the others, it hits right at the heart of current Web2 business models.

Experts, critics and users have often argued that big tech companies like Facebook, Google and Microsoft wield so much power simply because the majority of the world’s important and sensitive data is processed on their servers and stored in their data centers. . This is what Filecoin aims to intervene.

This decentralized storage network started in 2014 and has since powered many Web3 applications. The idea behind Filecoin is simple – get users to join the network and share storage space on their devices so that data can be stored on a decentralized and potentially global network.

The idea was actually explored on HBO’s hit show Silicon Valley with DApp called “PiedPiper.” None of the users actually own any of the data, and neither user has access to any of it. Since Filecoin built its own network, it now offers it as a sort of data center solution for developers who don’t want to depend on traditional Web2 storage.

The FIL token powers the network. This is what Filecoin offers for those who let others use their storage, and it was priced at ₹2,430 on WazirX at the time of writing. The more platforms that use Filecoin, the greater the chance that FIL will increase its already large market capitalization by $318 million.

Like Filecoin, Arweave is also a decentralized storage solution. In the company’s own words, it’s “a collective hard drive that never forgets.” Like Filecoin, ARWeave charges other services, users, and businesses to use its decentralized storage solution. The upfront fee is where ARWeave somewhat differs from Filecoin. It promises that only one GB of data will be stored forever. For those providing this storage, the cost of storage decreases over time as more and more data is stored. Which is worth it for them too.

The AR token was priced at just under ₹4000 at the time of writing and its market capitalization stood at around $24 million.

was a decentralized web standard bearer long before the concept emerged. In fact, the basis of peer-to-peer money like Bitcoin and many other decentralized technology concepts lies in torrents. Once known as a simple system used to pirate content, BitTorrent was not a cryptocurrency when it formed in 2001.


That said, it is the 54th largest cryptocurrency today, with a market capitalization of over $2.5 billion.

The part that could make it really lucrative for an investor is that despite having been around for so long, the BTT token was only worth ₹0.2 on WazirX at the time of writing. And it’s not because Bittorrent has no value. That’s because he’s new to the crypto world and his “moon-to-the-moon” moment hasn’t happened yet, if at all.

What BitTorrent has over any other Web3 token is a network that has been built over the past 21 years. It’s already the largest file-sharing network in the world, and it could use the BTT token to connect to future Web3 streaming services and more.

Speaking of tokens that can be useful for streaming and content businesses, Theta Network is yet another one to watch. At the time of writing, this token had a market cap of over $4 billion and was the 40th largest crypto token by market cap, according to Coinmarketcap.

Investors can trade the THETA token on WazirX for USDT. At the time of writing, THETA was priced at $3.99.

Some of today’s biggest tech companies, including Sony, Samsung, and Google, have already partnered with Theta. This is one of the main reasons why people believe in the possible real-world use cases this network could have in the future.

The above five Web3 tokens can be traded on crypto exchanges, including one of the major players in India, WazirX.

Warning: This is a sponsored post in partnership with WazirX. Do your own research (DYOR) before deciding to invest in any asset, cryptocurrency or otherwise.