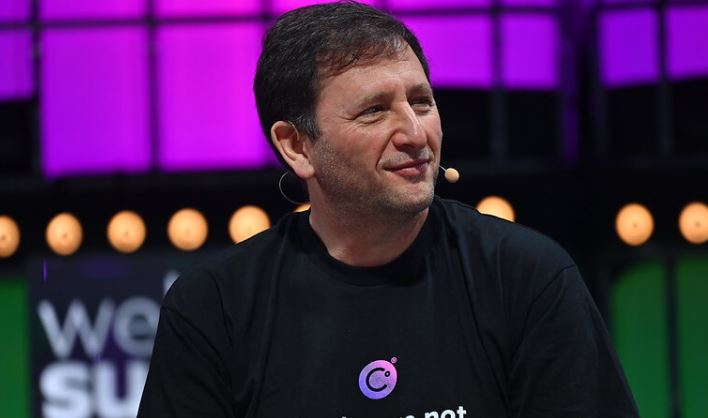 Alex Mashinsky Net Worth 2022: How Wealthy Is The Celsius Network Founder?

Alex Mashinsky is an influential inventor who holds 50 patents to his name. He is also an entrepreneur who has helped found several technology companies. He first rose to prominence within the technology company Arbinet. More recently, he runs one of the largest crypto lending platforms in the world, the Celsius Network. As of 2022, Alex Mashinsky has an estimated net worth of $50 million.

On October 5, 1965, Mashinsky was born in Soviet Ukraine. In 1972 his family moved to Israel and he spent most of his childhood there. His father worked as a handyman and Alex imitated his old man.

He had the ability to tap into public phone lines at a young age. Mashinsky used to buy and sell seized items at customs auctions at Tel Aviv’s Ben Gurion Airport when he was a teenager.

Mashinsky studied electrical engineering at three different universities but did not complete his studies. He decided to serve in the Israeli army and in the late 80s he moved to New York.

He began his career in the United States as the owner of a company that negotiated contracts for the delivery of chemicals. The business suffered a setback in 1989, so Alex worked at a software company called A+ Systems.

Alex Mashinsky created VoiceSmart, one of the first startups to provide Voice over Internet Protocol (VoIP) telephone service in the early 1990s. In 1996, he gained traction by founding Arbinet, a VoIP marketplace.

He sold his stake in Arbinet in 2005 and used some of the money to launch mobile car reservation company GroundLink. It secured partnerships with many auto services and became a hit.

For his efforts, Alex has won various accolades, including the Albert Einstein Medal of Technology, Crain’s Top Entrepreneur Award, and the Technology Foresight Award for Innovation. Alex eventually turned to startup funding after a few successful exits.

Because he believes in its potential, Alex Mashinsky ventured into crypto himself, creating the Celsius Network in 2017. It’s a site that lends digital assets to users, offering up to 17% APY to yield-seeking clients.

Celsius one of the leading platforms in this space competing with BlockFi and Coinbase. They have almost $17 billion in assets under management and 130,000 BTC are staked on their platform.

Net worth and earnings

alexander has invested in over 60 companies over the years, with many successes and failures. As a start-up entrepreneur, he reportedly raised over $1 billion in funding for his ventures. His background has also made him a public speaker who has appeared at over 250 global events.

It should be noted that the Celsius network token, CEL, has a market capitalization that has always been in the $1 billion range. This is why he is considered by Cointelegraph as one of the top 100 people in crypto in 2021. His fortune is currently worth $50 million.

Mashinsky is a married man and his wife’s name is Krissy. They met in 2005 but didn’t get married until 2011. The couple are currently raising six children together. They have three boys and three girls. Alex and his family reside in New York.

The home energy auditor promises to save you money? Be careful!